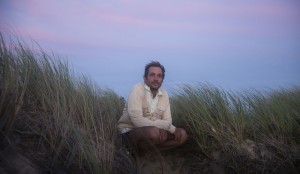 Born and raised in Montreal, Canada, Vincenzo D’Alto’s career as a professional photographer began in  2000. His body of work has not been limited to photojournalism, and includes personal photographic projects and essays that range in  variety of subjects, including several that expose the daily socio-cultural issues experienced by everyday people living in different realities and conditions, here and abroad.  ‘see Exhibit section’

In early 2001 after gaining vital experience, Vincenzo became part of the regular rotation of staff photographers and worked in collaboration with reporters on stories for the Montreal Gazette, Montreal’s only English daily, where he continues to work as a freelance photographer. Vincenzo’s photographs continue to appear in several daily and monthly publications including The National Post, The Globe And Mail, Maclean’s Magazine, and international publications such as the Seattle Times, Washington Post and Readers’ Digest.

Prior to working as a full time photographer, Vincenzo explored his interest in Latin and Spanish cultures and obtained a Bachelor of Arts Degree in Hispanic Studies from Concordia University. He further obtained a Scholarship to study at the Universidad Complutence de Madrid. His knowledge of the Spanish language also allowed him to take several trips to work in Spanish speaking countries including Nicaragua.